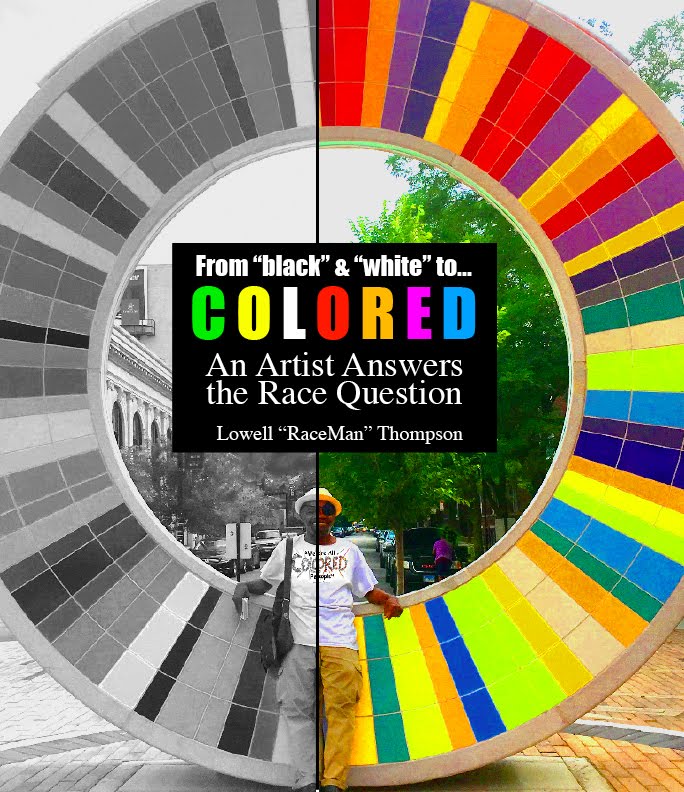 One of the tests I used to use in the ad game to tell if an idea I just had was any good was if others quickly came up with ways to extend - if it had "legs". Well, by that criterion, my "Some Of My Best Friends Are Colored" concept has limbs like Usain Bolt.

I'm working like crazy to get the coloring book ready for early next year.

I've already told you about the Chicago foundations/sponsors considering helping get my SOMBFAC Pop-Up Studio/Gallery off the drawing pad. Then Sharon Harper, the local radio/tv hostess, suggested maybe I should do a TV show with Tommy, the young EurAm comedian in the photo with moi at Emerald City, Uptown I put on my Facebook page about a week ago.

Now I'm getting thoughts of an ongoing podcast, a reality Tv/radio show - maybe even a feature film. All would work toward the original goal of creating a new "Whole Human Race" culture that finally proves that the current idea that human species can be divided into black or white is not only wrong, but potentially devastating to humankind. Please stay tuned.
Posted by Lowell at 7:12 AM No comments:

I forgot to actually add a new post for the image of the "Some Of My Best Friends Are Colored" Pop-Up Gallery/Studio I put up yesterday. It's actually just my first quicky PhotoShop sketch of what it might look like. I'm talking to a few funders/sponsors right now about the details of where the first one would...er...ummm..."pop-up". All I know at this point is that it will probably be here in Chicago. I'm lobbying for somewhere in the Loop. But we'll see. Please stay tuned.
Posted by Lowell at 5:54 AM 1 comment: 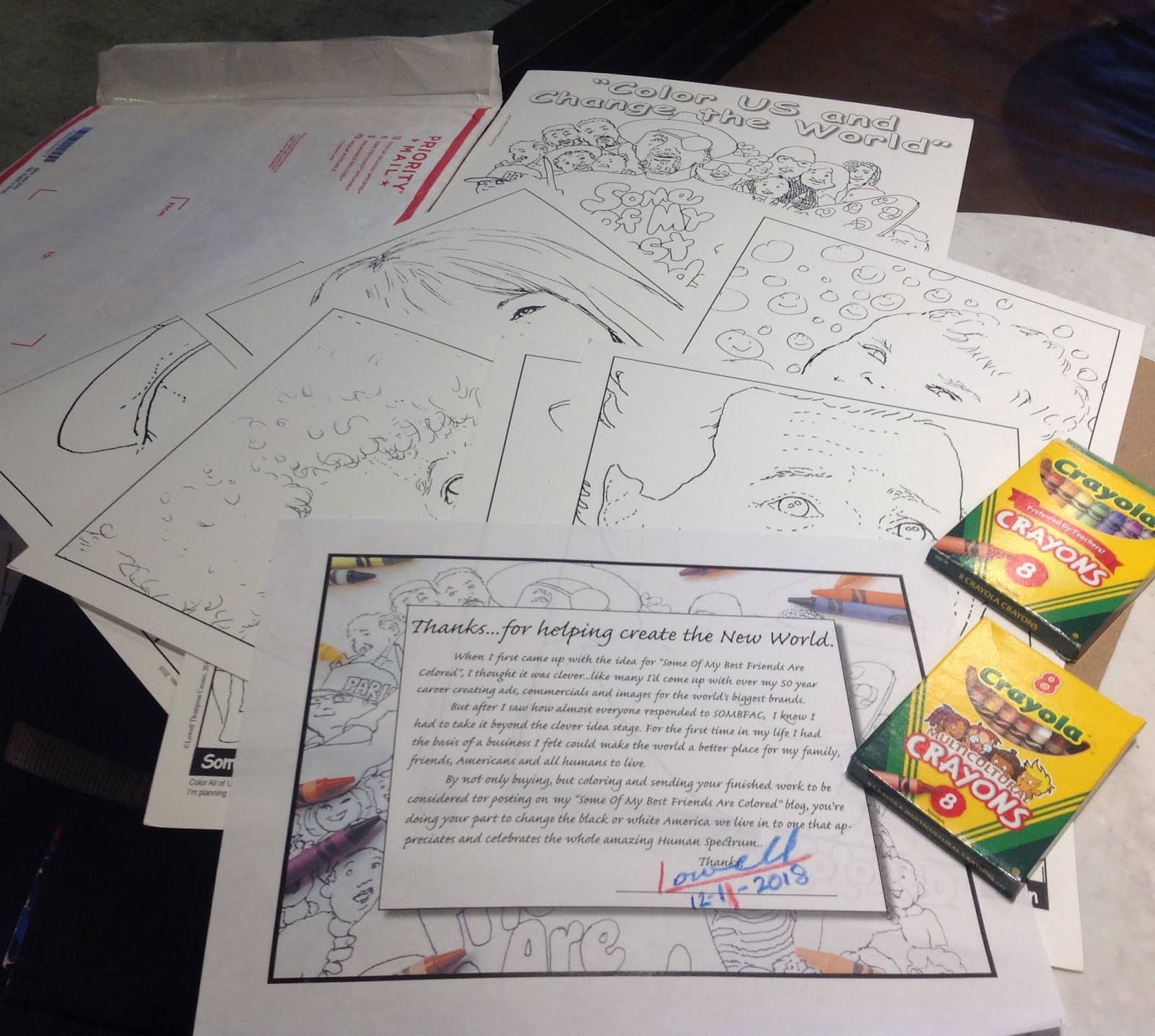 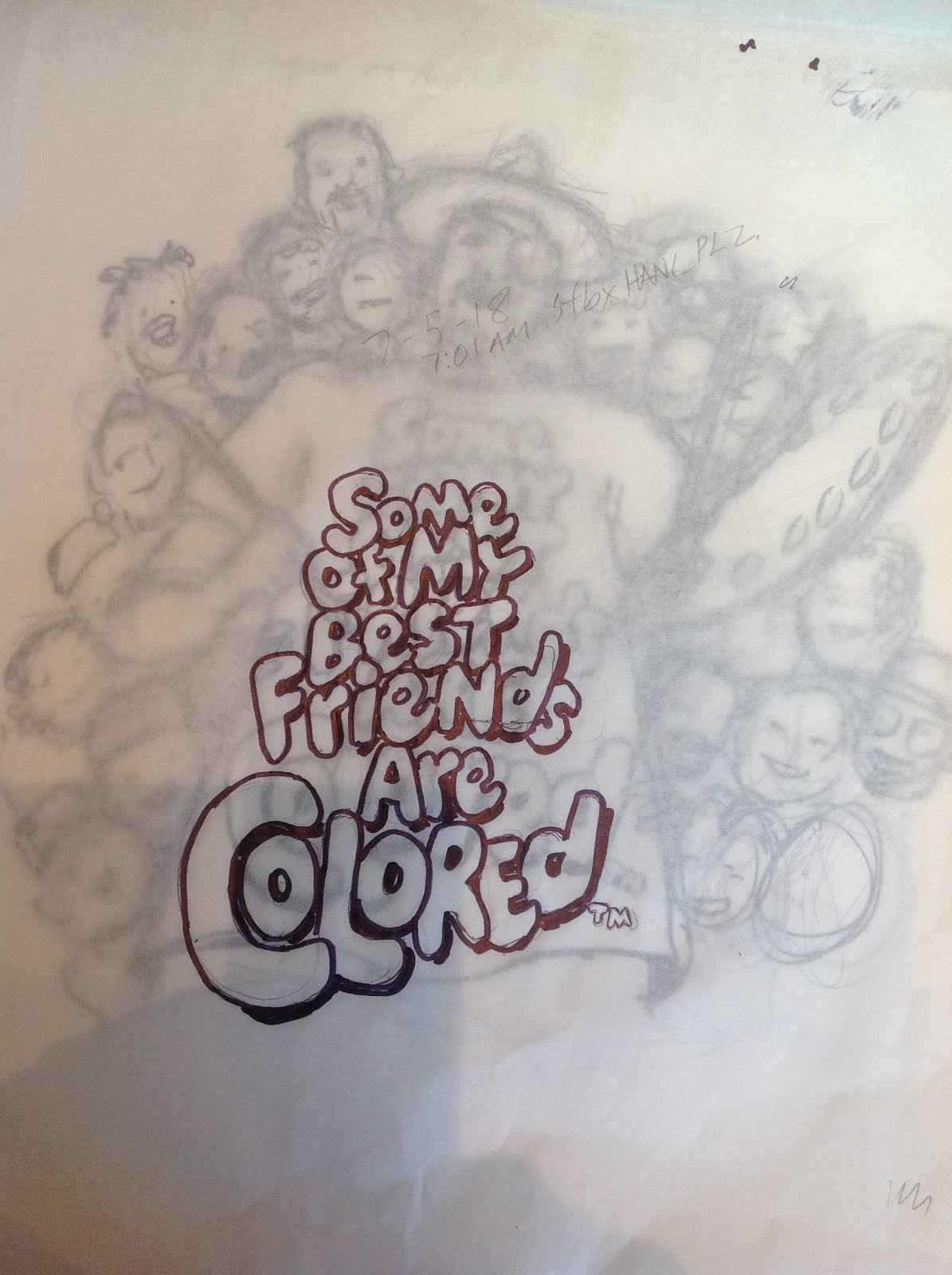 CAN A COLORING BOOK SAVE CHICAGO? 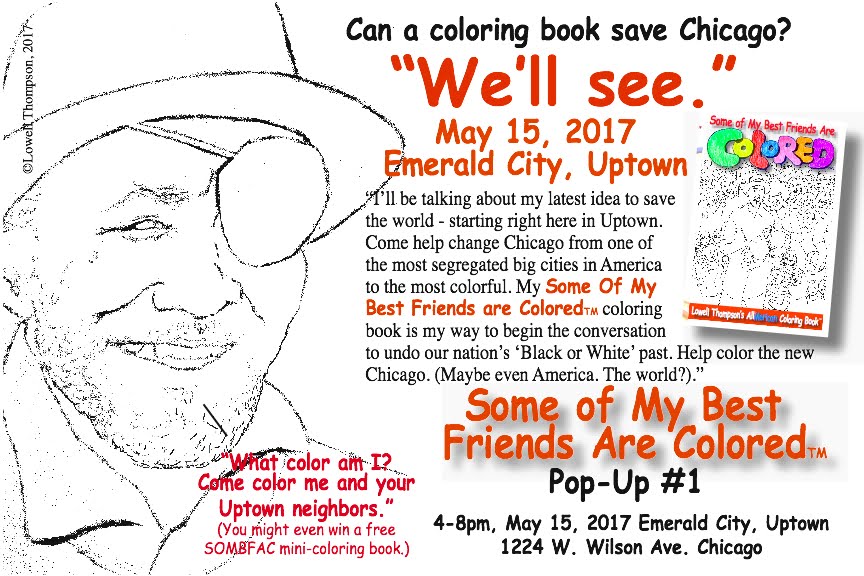 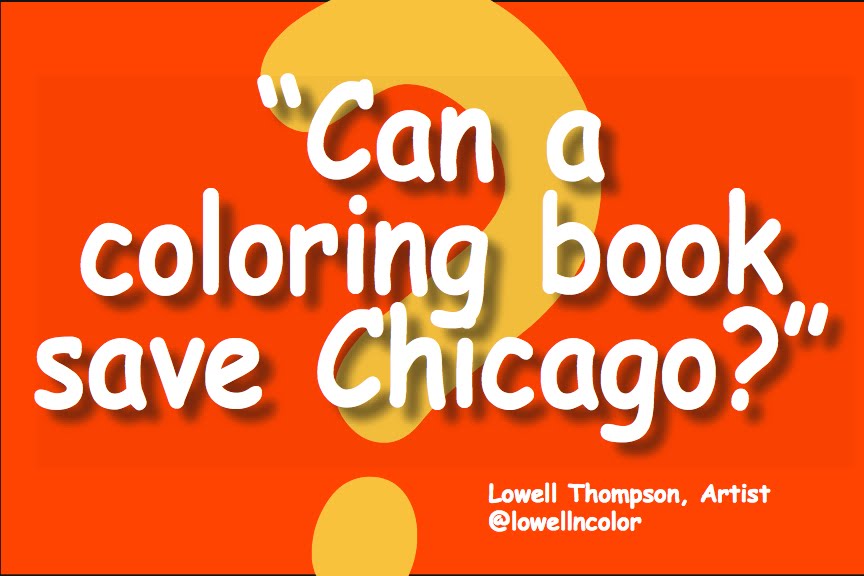 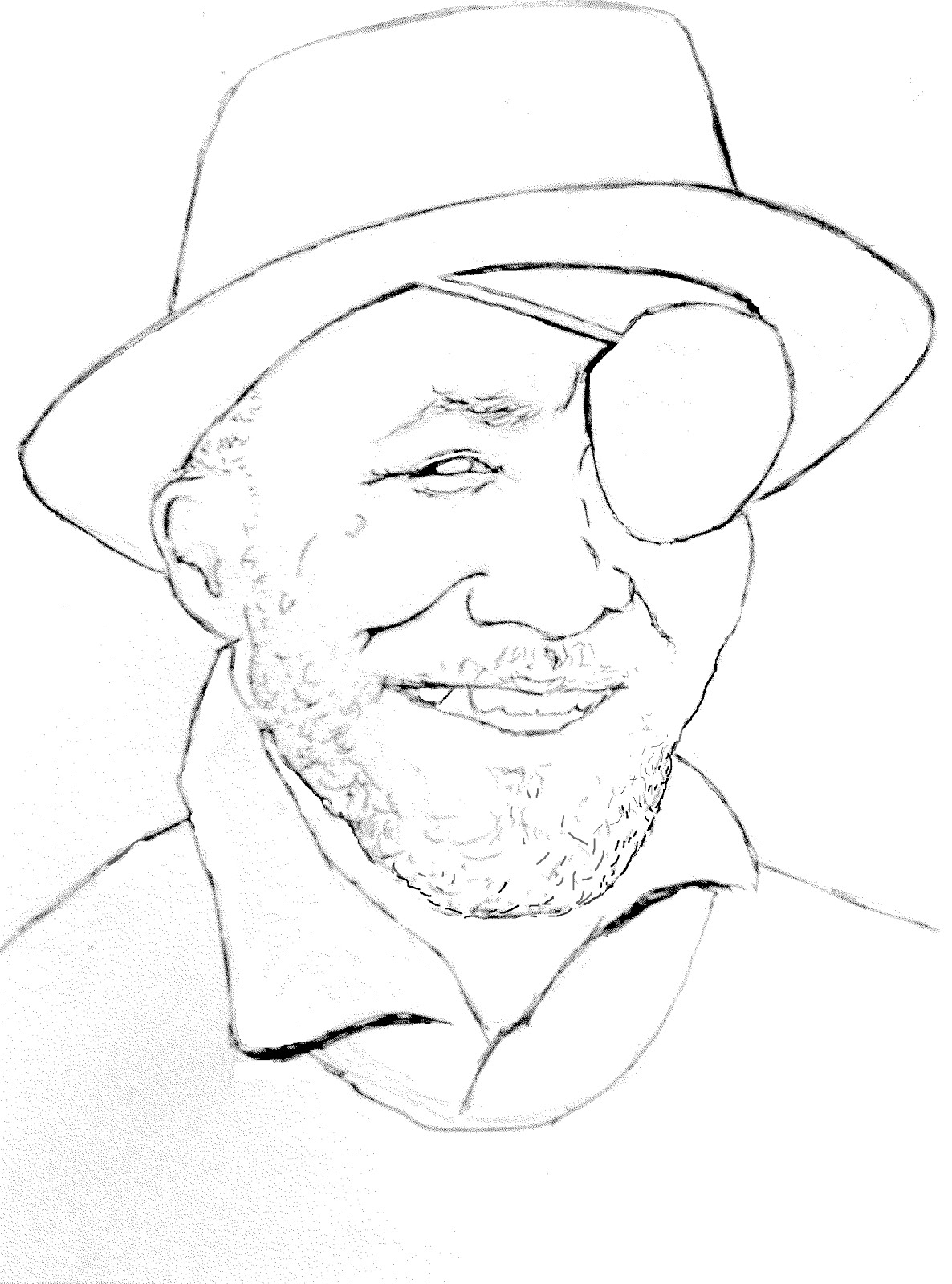 Come color me and many others at my first SOMBFAC Po-Up! 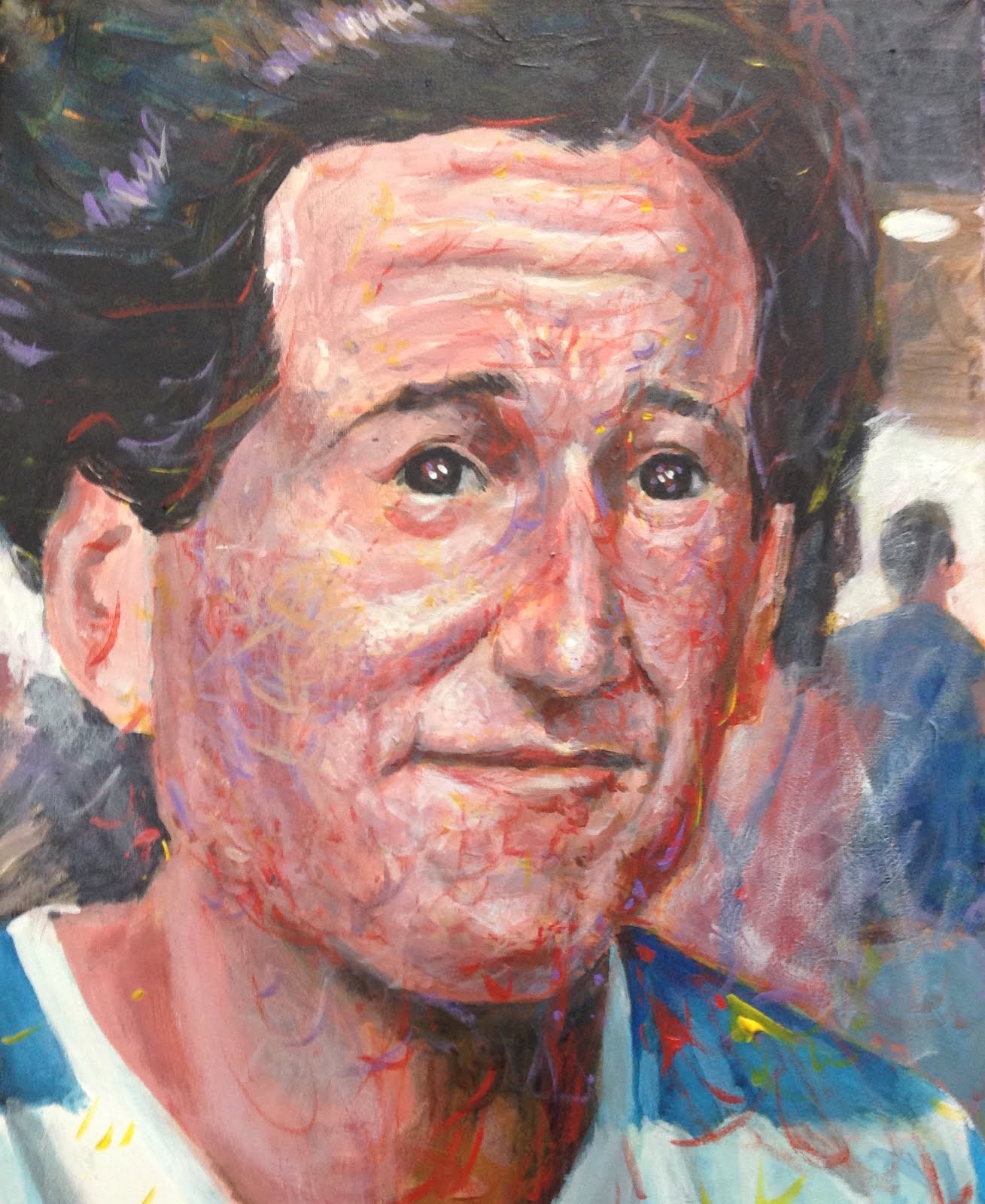 This is my first "Some Of My Best Friends Are Colored" drawing and completed painting. It's of the first person who really got excited about the idea, Brian Rooney, the amazing actor. He's one of the colorful characters I've met in Uptown. He's actually on tour in "The Grinch That Stole Xmas" on the East Coast right now. 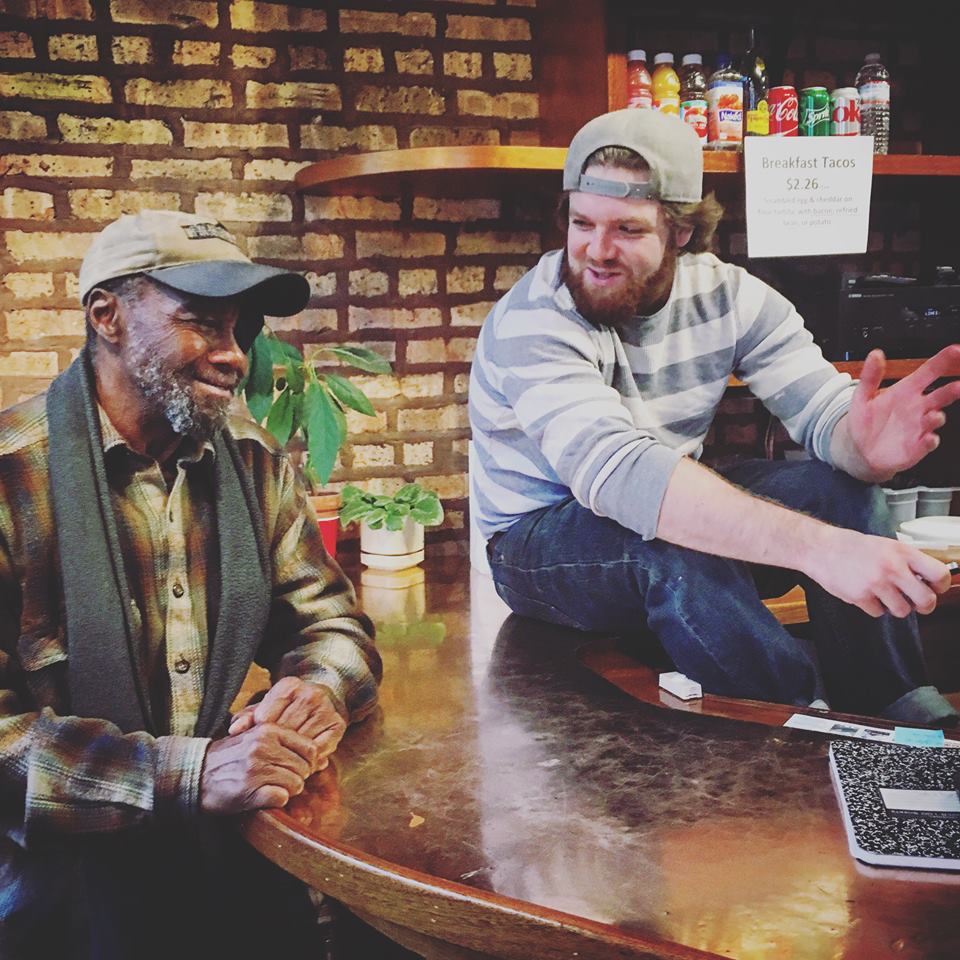 Tommy, the comedian laughs at MY jokes at Emerald City, Uptown. 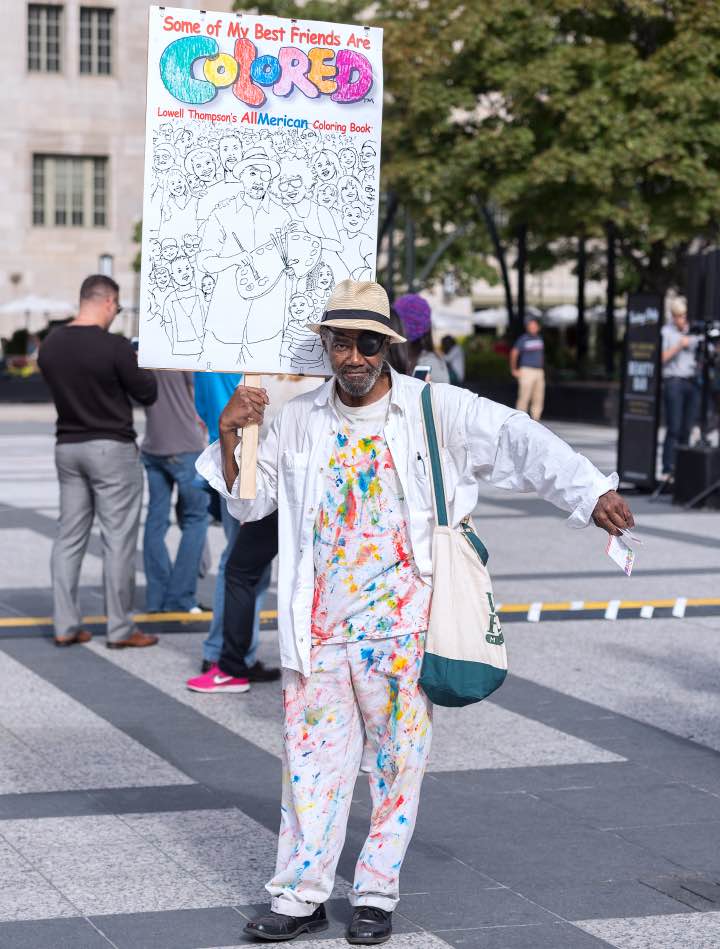 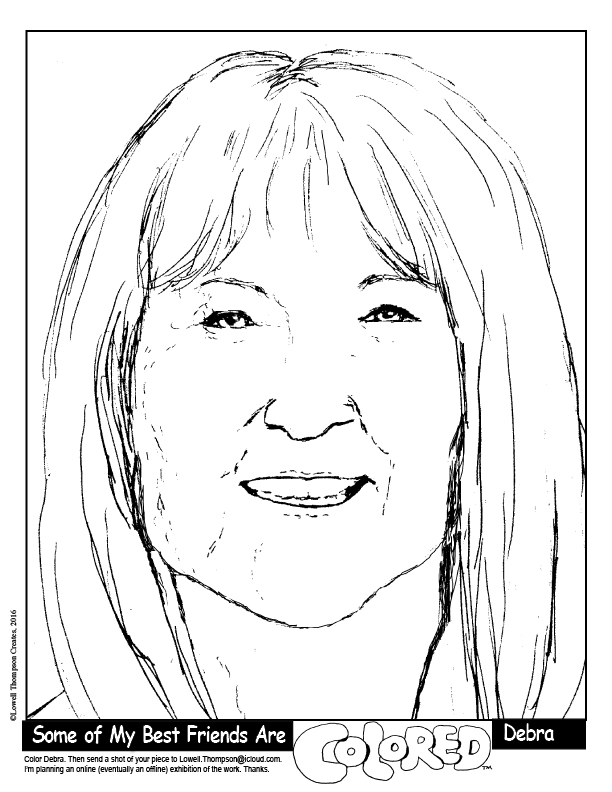 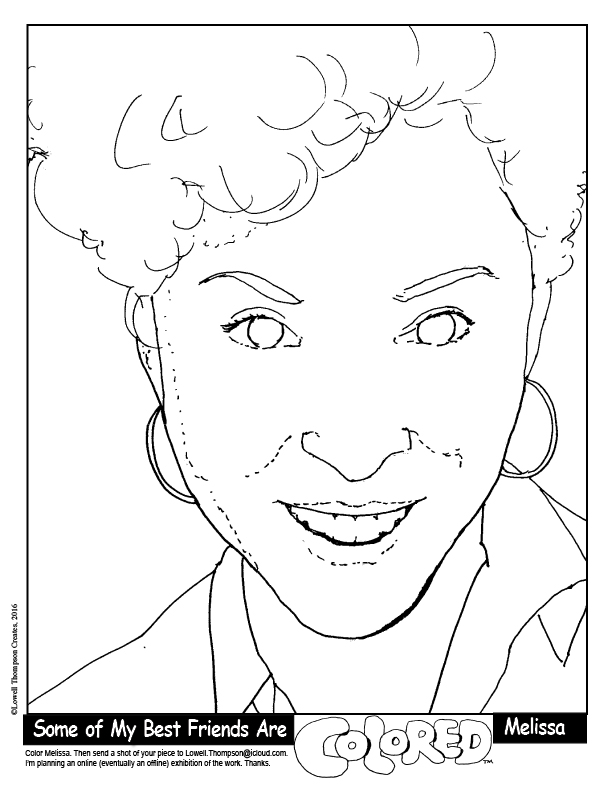 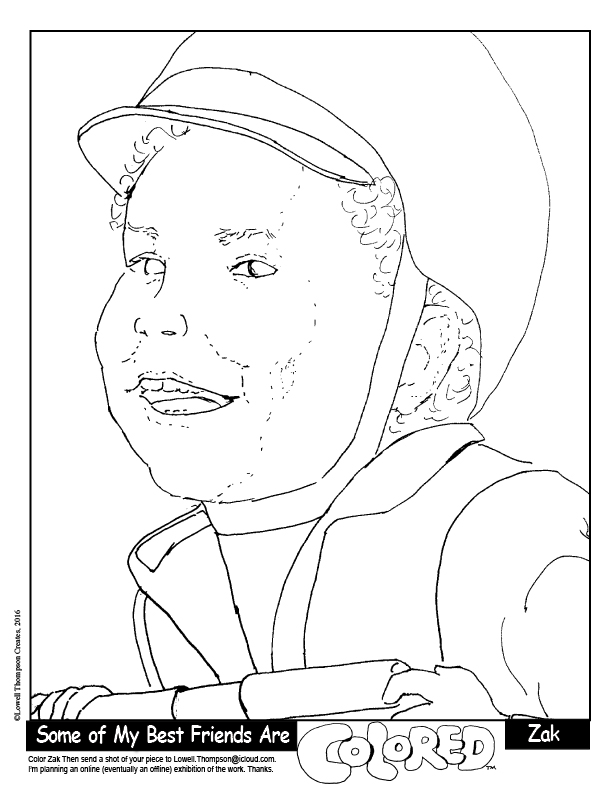 This is a great kid in my neighborhood. 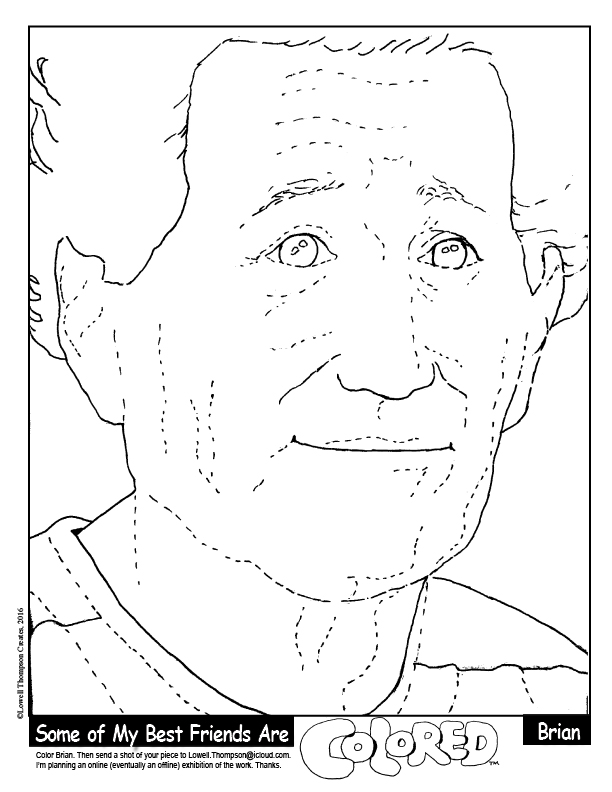 Brian Rooney is an actor, a man of many faces. How would you color this one?

Some Of My Best Friends Are Colored 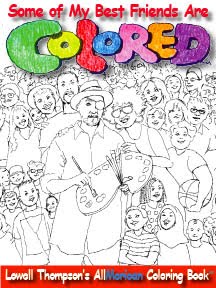 Lowell
I'm an artist/writer/recovering adman who uses his talent and experience to create a better world, starting here in the U.S.A. Although I spent most of my adult life creating ads and commercials for some of America's biggest companies, Around 2000, I began building a new career as a artist/writer/recovering adman. I think of myself as a Creative Catalyst. I instigate new ways of looking at (and solving) old problems, spending most of my time on race relations and other social causes.